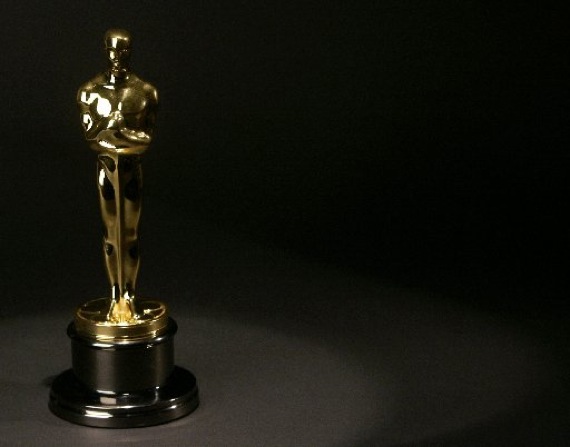 Each year I approach the whole Oscar Award season with more than a little bit of trepidation.  Films that truely deserve to win (granted, this is all in my opinion) get overlooked, actors and actresses who deserved to get the award for their best performance in a movie a few years ago get the award this year for something that is generally a little cliched and entirely safe, and most eggregiously, films that are unique or are attempting something new are overshadowed by the size of a competitor’s box office.

This year is a little different.  This year I am more than a little optimistic about the selection of films, actors, and crew up for consideration.  I haven’t seen all of the options in each category (yet), but in most all of the categories I DO have a strong opinion on who I think should win.  Not only do I have very pronounced opinions on this subject, but I imagine that all of you do as well, so I’ve included some surveys in this post to see just what everyone thinks.  So please take a moment and let me know what you think…so without further ado, lets get started…

* Colin Firth in “A Single Man” (The Weinstein Company)

In the best actor race, I’ve seen two of the performances thus far, George Clooney in Up In the Air, and Jeremy Renner in The Hurt Locker.  Let me preface this by saying that I am generally a fan of everything that George Clooney does.  He is slick, cool under pressure, a nice looking man, and he most certainly can act.  That being said, he deserved it for Michael Clayton, not this.  Up In The Air was a good movie, but it wasn’t what I would call a great one.  Jeremy Renner’s war addicted soldier was a far more interesting character study in my opinion.  Renner played a man who was electric and magnetic, so the audience couldn’t keep their eyes off of him, but at the same time he left room for his co-stars to shine as well.

Not having seen any of the others yet I can’t speak to the quality of any of their performances…in terms of each as actors though, all are more than qualified to be in this race.  I have a feeling that this might be Jeff Bridges’ award to lose, however.  Bridges is a continually strong actor who gives his all to each role, making each movie he has a role in, more than a little bit better for having him.

* Stanley Tucci in “The Lovely Bones” (DreamWorks in association with Film4, Distributed by Paramount)

Big respect to Mr. Damon, Harrelson, Plummer, and Tucci, but this award should…no, MUST go to the outstanding performance by Christoph Waltz, as Col. Hans Landa, in Ingourious Basterds.  Never have I gone into a movie more apprehensive, and come out more exuberent than I did with Basterds, thanks mostly to Waltz’s performance.  Not only was this character a force of nature, it was a multi-lingual, full frontal assault on the viewer.  The bar has been set, and it’s going to take nothing less than divine intervention to get to the next level.

Luckily, I think my passion for Waltz’s performance is shared by many in the film world, so I predict the Oscar for best actor in a supporting role will find it’s way to him.

* Sandra Bullock in “The Blind Side” (Warner Bros.)

* Gabourey Sidibe in “Precious: Based on the Novel ‘Push’ by Sapphire” (Lionsgate)

This catagory, this year, is my Kriptonite.  I have seen none of these performances.  I’ve heard Precious is great.  Heart-breaking, but great.  Helen Mirren is always fantastic and deserving of attention, but she won recently for The Queen.  Meryl Streep, who has a permanent seat awaiting her each year in the the front row of the Oscars Ceremony, is receiving rave reviews for her rendition of Julia Child, but she too has gotten a lot of recognition from her peers.  That leaves us with Carey Mulligan from An Education, or Sandra Bullock from The Blind Side.  One plays a young girl navigating her way through the strange and sometimes predatory world of the fifties and sixties.  The other plays a brassy, proud Texas MILF who helps a disadvantaged young man by showing him what family is.  I have great interest in one of these and the other I still roll my eyes at, I’ll let you decide which.

Deep down I hope that Gabourey Sidibe or Carey Mulligan take this one, but I am afraid that Mirren, Streep and Bullock stand a better chance, Bullock in particular.

* Mo’Nique in “Precious: Based on the Novel ‘Push’ by Sapphire” (Lionsgate)

I am bummed out that neither Melanie Laurent, or Diane Kruger were nominated for Oscars (Laurent for leading role, and Kruger for supporting).  Both turned in incredible performances in Tarantino’s Inglourious Basterds.  As it stands I’ve only seen Vera Farmiga and Anna Kendrick, both in Up In The Air, which I thought was pretty good, but not really what I’d call Oscar worthy.  From the reviews I’ve heard, it looks like they should only read one name this year, for this catagory.  Mo’Nique.  As the predatory, dangerous, and ultimately believable mother to the main character in Precious, Mo’Nique, like Jeff Bridges in the actor race, has this all but sewn up.

This is hard.  Usually even if other animated films are good, Pixar comes along and almost arbitrarily wins.  This time around the director of the much ballyhooed and beloved Nightmare Before Christmas gives us Coraline; The ever-popular, auteur director Wes Anderson puts an animated spin into one of his films with The Fantastic Mr. Fox, Disney rediscovered the formula that made them successful in the first place with The Princess and The Frog, and the fifth entry is filled with a film that I’ve never heard of, most likely to maintain a certain indie cred on the part of the Oscars, despite the fact that it will never win.

If I had my druthers, Coraline would take it.  I think, however, that despite the leveled playing field, Up will still float away with the prize.

This award will probably easily go to Avatar, thanks mainly to the ground breaking technology that gave birth to the cinematography contained therein.  I would like to see it go, instead, to The Hurt Locker, Inglourious Basterds, or The White Ribbon.  Each of these films, Hurt Locker, Basterds, and White Ribbon has stuck with me exponentially more than Avatar, making each location more breathtaking than an ironically named place with glow-in-the-dark plants, floating mountains, and giant blue Native Americans.  The care and precision in the depiction of an eerie, ominous German village from the early 1900s, the stylized and lovingly rendered portrait of France in the grip of the Nazis, and the cruel and harsh desert climate, filled with bad blood and explosives, in my mind, are all more precious than unobtainium.

*“Precious: Based on the Novel ‘Push’ by Sapphire” (Lionsgate) Lee Daniels

In case you haven’t read any of my thoughts in the other catagories, I am a huge supporter of Inglourious Basterds.  Tarantino has finally manage to return to the kind of breathtaking, engaging, and self assured filmmaking not seen from him since Pulp Fiction.  Despite the misguided popularity of the Kill Bill series (Vol. 1 was all reference and flash, and though Vol. 2 redeemed it slightly, it wasn’t enough to fully salvage the series) , and the strange love for the just plain awful Death Proof, Tarantino has fully returned to form with his epic WWII film.  A close second in this category would have to be for Kathryn Bigelow’s direction of The Hurt Locker.  I’ve been a big fan of Bigelow since back in the days of Point Break, and Near Dark, so I’m glad to see she’s still around making compelling  and entertaining films.  Bigelow has managed, almost single-handedly, to trash the assumption that women directors can only direct romantic comedies.

The one potential upset in this race comes in on the wings of a great neon dragon-like creature, James Cameron.  My choice: Quentin Tarantino.

*“The Blind Side” (Warner Bros.) An Alcon Entertainment Production Nominees to be determined

Now we come to the big daddy.  Who will win the big enchilada?  The Oscar for best motion picture of the year?  This year, as  a means of driving up interest in viewers, the standard set-up of choosing from 5 nominees has been doubled to 10.  I’ve seen six of the ten films, and my overall tone isn’t changing.  Inglourious Basterds is still my first choice.  The inclusion of more options, however, does change my second choice.  Despite the fact that it will be hugely overshadowed by “the other” effects heavy, science fiction film, District 9 has excelled at doing a lot with a little.  Made for barely a fraction of the cost of Avatar (30 million as compared to upwards of 300 million), District 9 remains a fully realized world that seems more realistic than Avatar ever was.  Avatar and The Hurt Locker definitely stand a good chance of winning, but neither affected me quite as much as Basterds or District 9 did this year.

There are quite a few other awards to be debated and pined over, but I feel that these are the ones I’m most interested in.  If you should like to see a complete list of the nominations, check it out here… http://oscar.go.com/media/2010/html/print10.html.